What is Overtone Singing?

Dear Constant Reader:
Because of the high number of nearly identical questions I have received about overtone singing, I have had to post a blog to save my finger tips, which as a result of my impeccable reply rate, now feel and actually look a bit like the surface of a stale Triscuit Cracker. I may never use a Blackberry again. But no loss. Moreover, people want to know more about overtone singing, and I've heard they are having a hard time finding answers.
I promise this will be the most boring of my blog posts to come, for I must get the basics out of the way before I get to the good stuff, the juicy stuff, the stuff that you don't even have to chew to swallow. But you must first learn what follows.
A vocalist who sustains a steady tone while simultaneously isolating and amplifying distinct frequencies above it, uses a technique commonly known to the west as overtone singing. When manipulated to appear distinct, harmonic overtones of a sustained tone are usually perceived as ethereal, whistle-like pitches occurring above or within the sustained tone, and the overall, gestalt effect of overtone singing is of a singer producing more than one note at a time, usually a drone and melody that, for some, brings to mind the bagpipes.
Still don't get it? Don't expect to completely understand how overtone singing actually works. I have been singing and studying overtones for ten years and still feel baffled when contemplating this vocal art. Overtone Singing leaves people fascinated in the aftermath of their initial shock of first hearing. And the mystery does not end; in fact, as one learns more, the mystery grows exponentially more profound. So be patient with yourself, and appreciate that the world still holds a little mystery.
I shall attempt to provide the simplest explanation of those whistling tones you hear above a guttural drone, those ethereal little melodies weaving atop a steady pitch. Here it is:
We live our lives inside an unending melody, and most of the time, we are oblivious to this music that is the ever-present harmonic series.
I might just be able to prove this to you right now. Get comfortable in your seat, relax from head to toe, bring your awareness to the sounds around you, and do not judge the sounds as they enter in to the forever-open holes at the sides of your head. Now, you might be listening deeply; at least, deeper than before. Next, breathe in all the way to the floor of your belly, and sing--don't just say--a steady "Ah" for the length of about one full breath. You might believe you have just sung a "note", but in the real world--in the world of unending melody--you have actually sung several distinct notes.
Congratulations on taking the first step out of audial oblivion.
Sound is the result of air molecules energized into motion by vibrating matter. When something vibrates it absolutely must produce a series of tones above it; however, there are exceptions. But most of the time, these little tones are locked in to a pattern of fixed positions that are immovable. This lawfully organized pattern of tones appear in musical notation above, and it is called the Overtone Series, or the Harmonic Series.
If you don't read musical notation, you can still observe details in the patterns. For example, the tones go up the page and, the farther they ascend, the gaps between them become smaller and smaller. Other patterns can be observed.
Do know, however, that the overtones do not end at number 16 as I have listed here. Actually, the harmonics continue to ascend way higher, and theoretically above the highest limits of the range of human hearing (max. 20, 000 Hz). I have listed the harmonics within this limited scope because the most overtone singing is performed within this range of the harmonic series.
With all that said, I have yet to explain how it is done.
The scientific explanation won't help you learn to sing overtones, but put simply, overtone singing involves tweaking areas of resonance in the vocal tract and oral cavity.
You tease your mouth and throat just enough until the overtones come out the way you want them to. It's kind of like the hardware foreplay involved when putting a key into a reluctant lock. You know, whenever you have to cat sit for a friend, you always struggle a bit with the front door, but each time you put the key in the lock, you get a little bit better at getting in: For all things, we must endure a period of awkward acclimation. But you'll get nowhere fast if you don't listen hard. Well, not so hard you block yourself, but you must learn to augment your hearing sense.
I learned to do overtone singing and Tuvan throat singing (see video demonstration below) by listening very carefully to the sound of my own voice. Sounds a bit narcissistic to sit in a little room for hours on end and listen to myself, but I wasn't talking or saying words, and somehow that makes it more normal. Instead, I was sustaining steady long tones on different vowel sounds.
Then, something switched inside my awareness. To describe the sensation is difficult, but the closest comparison I can think of is to the perception of color. Imagine going through life without ever having seen the color green, or perhaps you somehow filtered out just a certain shade of the color green. One day, you see it, and this new addition to your repertoire of perceptions, energizes and inspires you. You might say, "The world isn't so boring after all! There is still hope for unending fascination!" 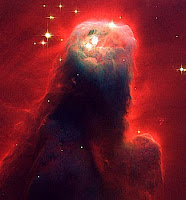 Those were my words exactly when I first heard the tones inside my voice. I heard not just a bland drone that carries quotidian speech laden with signification, but a full chord of rich musical tones sounding out what seemed to be the music of the whole universe, and right there inside my little voice. I could hear nebulae exploding, black holes sucking dark matter, whole galaxies colliding, and an angry neighbor pounding on the wall with the handle end of a Swiffer.

Hearing the harmonic overtones in my voice opened my ears and, consequently, opened my awareness.
With my third ear open and my third eye in tears (what could have been taken merely as the sweat of my brow), I practiced listening and singing, seeking out recorded examples of overtone singing and imitating them, until I could somehow intuitively just do any overtone singing style I heard. I now believe, however, that I had a tool that worked in my favor.
When I first began to sing overtones in winter 1999, I was also practicing self-hypnosis, and oh, what a tool it is. No, I didn't dangle a pocket watch in front of my own eyes until I monotoned the words, "I hear and obey." Instead, I practiced a method of inducing a state of relaxed awareness that summoned a deeper intelligence from within me. While in this state of relaxation, something akin to a meditative state, my subconscious mind rose to the fore, where it could more easily perceive and execute the singing of overtones.
To sum up how I learned this, I merely listened carefully to myself and to recorded examples of overtone singing and relied on my subconscious mind to do the learning.
However, I have since found ways of helping others find the harmonic series and sing with it. I have observed many students attain overtone singing skills within an hour or two. Learning to be musical with overtone singing techniques, however, might take a little longer, for just how long does it take to become musical? Seems to me that it is always there, lying dormant, until we are ready to risk heightened sensitivity.
Meanwhile, as one begins to hear overtones in one's own voice, the sonic world begins to change. One starts to hear music in what was previously thought to be the most unmusical of places. I remember hearing a jumpy vacillation between the 6th and 7th partials of the harmonic series in the spiraling water of a toilet bowl. I remember trancing out to the beautiful and endless shimmering ring of the 11th partial above the droning hydro transformer in the grocery store parking lot. I remember hearing folky pentatonic melodies-- jigs, almost--when my housemate underwent his nightly oral hygiene ritual using his Philips Sonicare electric toothbrush.
I also remember hearing the music of sound in more organic and less gross settings. I heard it in the winter wind singing through the tops of tall Balsam Firs; I heard it in the humble trickle of a dying stream at the center of a forest of cedars; and even in the breathing of a newborn human infant and the joyful weeping of its host.
Thus, the unending song of the harmonics is all around us, and if we give ourselves over to listening, the harmonics sing themselves.
Before one can sing overtones, one must first practice hearing them.
Posted by Alexander Glenfield at 12:40 PM